My Tailbone is Finally Being Removed

I reported to the hospital at  12:30 pm after not eating or drinking after midnight. Once I checked in, my church’s Care Pastor visited with me and my dad. I was called back to my waiting room about 15 minutes later and was asked  to change into a sexy gown – ha!

Despite my smile, I was quite nervous of the surgery, as indicated by my extremely high blood pressure reading: High blood pressure due to my nervousness

An I.V. was started and shortly afterwards the anesthesiologist paid me a visit. He asked a few questions about my medical history and I shared with him a situation that happened a few years ago where I woke up after a procedure was completed, but before the muscle paralytic wore off.  I recall waking up and not being able to breathe on my own. Instead, I had to allow the surgical team to breathe for me using a face mask and balloon. I clearly remember the sheer panic knowing I could not breathe on my own, and I explained to the anesthesiologist that I did not want a repeat of that situation. He seemed very concerned and told me that he would watch me very closely and that it would be highly unlikely that this would occur again. My surgeon then visited with me and shared the risks of a coccygectomy, which include:

The surgery lasted about three hours. When I woke up in recovery, the pain was very intense and they tried to control the pain with morphine. The morphine wasn’t enough so they went with Dilaudid, which did a better job of controlling the pain. I was in recovery for about 1.5 hours, then taken to a private room.

Medications that were ordered for me:

Once I was comfortable in my room, the surgeon stopped by and explained to me how the coccyx was removed. He said the if I were to witness the procedure, Id be shocked at how brutal it would appear. He basically used a pair of pliers and pulled away at the bone little by little until it was gone. The first plan was to remove the bottom dislocated segment circled in my x-ray below. Once the surgeon saw the coccyx, it was clear that the entire coccyx was very mobile and this would not heal on its own. Rather than removing one segment, three segments were removed instead. He said we made the right decision to have the surgery, as my only other option would be to live the rest of my life with the pain.

In addition to using stitches and glue to close the wound, cauterization was used as well this was ironic because I always described my pain as a hot poker, and now I have a deep internal burn to deal with in addition to the stitches. 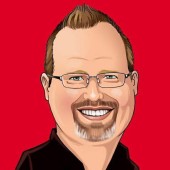 After dealing with chronic tailbone pain for over 10 years, Robert wants to share his experience with other coccydynia sufferers. Given the rarity of the treatments, it was very difficult to find much information about surgical interventions, hence this website.